Canal And Camel, A Strange Relationship In The Thar 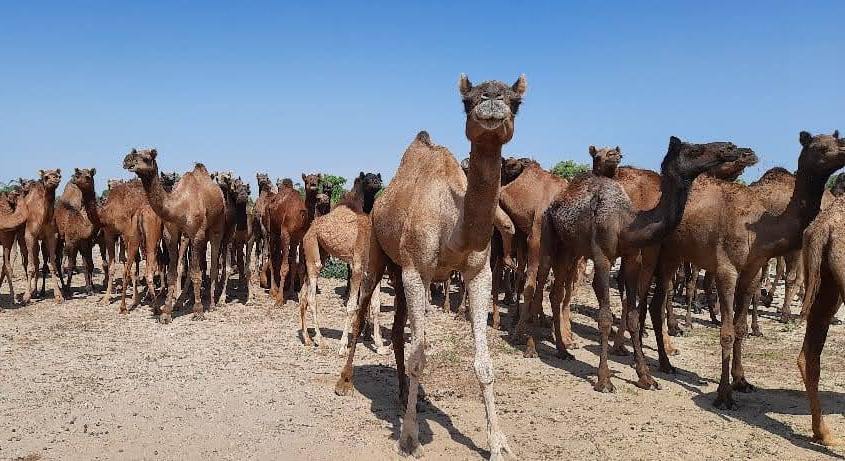 Canal and Camel, a strange relationship in the Thar

The camel is an integral part of the Thar desert ecosystem for many past centuries and the Indira Gandhi Nahar Pariyojna/ Project (IGNP) has become the lifeline of the Thar desert for the last 50 years. So they should have a symbiotic relationship with each other. But this is true and also not true at the same time. An attempt has been made to discuss their strange relationship.

The positive effect of IGNP on camel and vice versa 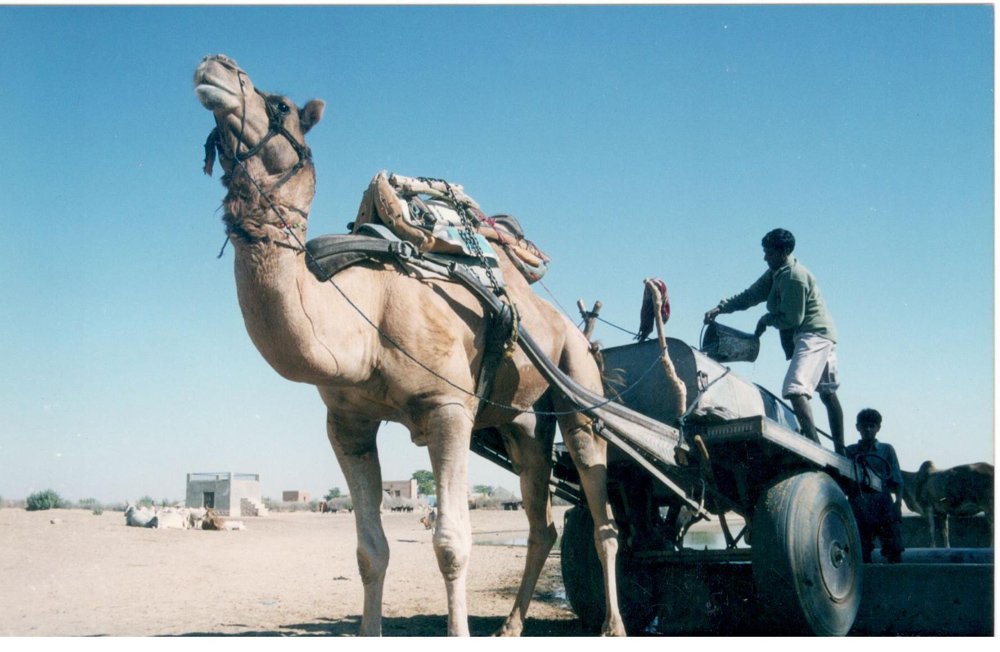 Camel has been used as a pack animal (ie. for riding or baggage work) for many centuries. With the development of modern roads and mechanical means of transport, the role and use of camels to transport people started diminishing after independence.

In the 1960s a project to build the biggest canal irrigation system in the world was initiated. This was named Rajasthan Canal Project and later changed to Indira Gandhi Nahar Project. The terrain was full of sandy dunes and difficult to be traveled by ordinary means of mechanical transport. The mechanical transport (motorized vehicle) was costly and there was a shortage or non-availability of retailers of petroleum products for these vehicles in the region. The transport of building materials required additional cost of transport of petroleum products required to run the motorized vehicles. Some innovative engineers put forward an idea for employing camels to draw carts in this region. Camel was suitable to walk in this sandy region, but the development of cart with suitable pneumatic tyres was a bigger challenge. But those engineers, the “modern Bhagiraths” stood up to the challenge. They developed a two-wheel cart with pneumatic wheels broad enough for traveling in sandy terrain. Initially, pneumatic wheels scrapped from aeroplanes were utilized. The camel carts proved to be a great success. The technique and material utilized for the camel carts were simple and available locally (except pneumatic tyres). The local artisans developed a sort of cottage industry of manufacturing camel carts. Thus camel got a new role to carry heavy loads through large distances in sandy terrain The economic role of this animal was rewritten. The credit goes to IGNP and its engineers.

Camel and the camel cart exceeded the expectations of those engineers and it became very popular. The camel carts played a critical role in the construction of the main canal and its tributaries. This forced the engineers to decide that a statue of a camel should be erected at the starting point of the canal. So camel repaid the debt of its new life (credited to IGNP) by its hard work

IGNP solved the problem of drinking water in the interior regions of the Thar desert. This has helped the camel breeders to maintain their herds with more ease.

With the commencement of the IGNP irrigation, a new style of habitation developed in the canal command area. Farmers started living in their farms and this new habitation is called ‘Dhanis’. The villages are usually at a distance from these dhanis and so camel carts became the most common means of transport for the human being and household goods including drinking water from village to Dhani and vice versa. The camel and camel carts got a new role as personal chariots for the farmers as well as land-less laborers working on the agricultural land. At one time in the early nineties, Sri Ganganagar district had one of the highest camel populations. Most of the camel owners were camel users and the number of single camel owners rose steadily.

The negative effect of IGNP on camel and vice versa

The successful completion of IGNP resulted in a remarkable increase in the income of households of the Thar desert. This changed the socio-economic situation of the region. Farmers lost interest in camel breeding and rearing since it is a low-income enterprise.

The spread of the IGNP network also resulted in a reduction of grazing land for camels. These factors proved detrimental for camel breeding in long run.

The incoming of IGNP in the Thar desert brought other developmental changes like road networks and government schools. The new generation learned that they will have new avenues of income opened after proper education and hence opted for education. The traditional camel husbandry required semi-nomadic status for the camel keepers. The new generation couldn’t get an education along with camel grazing therefore camel husbandry suffered the loss of fresh human resources. At the same time, agriculture operations gave better income and time for education.

The practice of keeping a single camel for domestic purposes was helpful for the owner. The male camels are difficult to be managed during winter because of ‘rut’. Therefore these single camel users started employing female camels for their domestic carts. This was successful because the heavy load carrying capacity was not required in the domestic work. But in the long run, this practice of female camel keeping for draft purposes resulted in a reduced number of females available for breeding. The farmers were reluctant to give rest to these female camels and hence avoided breeding of these females.